Not only does KiKxxl stand for competence in communication, but also for teamwork and respect. Everyone is welcome at KiKxxl, whatever nationality, religion, culture, education or age group someone belongs to. The only thing that counts here is the person. KiKxxl shows exactly how well a team of diverse people can function. All 2,700 employees have the same opportunities and can succeed.

The age range at KiKxxl is between 18 and 83 years. More than 40% of the staff are between 18 and 25 years old. This probably shows that the teams seem to be very young. But age is just a number, right? After all, KiKxxl is one of the ‘Companies with Vision’ honoured by the German Federal Ministry of Labour and Social Affairs. Companies that have been particularly successful in designing age-appropriate workplaces were commended for their efforts as part of the federal programme ‘Perspective 50plus – Employment Pacts for Older People in the Regions’.

Is being a call centre agent only something for women?! No, because the genders are almost evenly balanced here. In fact, men are slightly in the majority at around 54% compared to women at 46%.

Gender diversity is not the only area where we are clearly mixed; we also have a lot to offer in terms of cultural origins. While the majority of our teams are German, we also have Austrians, Egyptians, Bulgarians, Serbs, Turks and many other nationalities at KiKxxl, to name just a few.

We guarantee equal opportunities and equal rights, regardless of national origin or religion. At KiKxxl, around 42 nations work with one another peacefully.

The age range at KiKxxl is between 18–83 years, which clearly shows that people of all ages can work at KiKxxl.

We have a place for everyone, something rarely seen in society. We use gender-appropriate language and have 55.2% men and 43.8% women, as well as 1% non-binary colleagues.

From academics to school dropouts – at KiKxxl everyone gets a chance and can achieve success.

It is not the person who is disabled, instead the person is disabled by social conditions that do not allow him or her to participate in ‘normal’ everyday life. This new definition was passed by the Bundestag in January 2018 and is part of the new Disabilities Act.

This new definition aims to change the way we look at the situation and create an understanding of the fact that there are many obstacles that can make everyday life difficult for people. For example, if a person is unable to get up a flight of stairs, a disability does not lie with the person as such, instead they are hindered in doing so because there is no other option.

At KiKxxl, we want to recognise and solve all these barriers and obstacles so that every employee can be guaranteed an obstacle-free workplace. This could be making the floors accessible by means of lifts, installing sliding doors at the main entrance or purchasing special monitors for colleagues with impaired vision. We have already made many things a lot easier at KiKxxl and are also constantly working on individual solutions for everyone. True to the motto: Inclusion instead of integration. 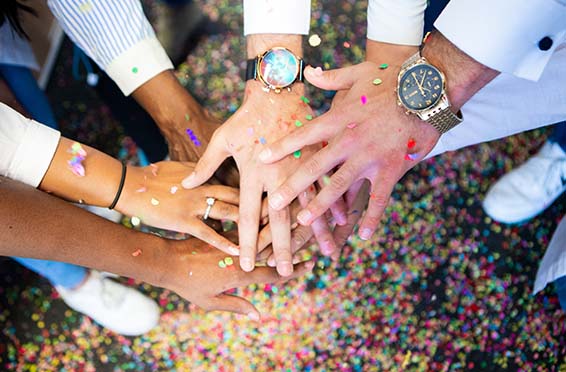