Safely to the other shore | Bridge construction project completed

The construction of a pedestrian bridge near Odumkrom in Ghana has now been officially completed. In a ceremony, the bridge has now been handed over to its intended use.

«The bridge is vital for the region and now connects the village of Odumkrom with the main village community of Ochiso. It makes it easier to get to offices, schools, clinics and markets,» says Bettina Landgrafe, executive director and first chairwoman of the Madamfo Ghana association. Before the bridge was completed, the inhabitants had to cross the river by canoe. However, this was often dangerous due to the strong current and unsafe boats. «Adults but also children regularly lost their lives trying to cross the river,» Landgrafe said. Especially during the rainy season, so many children stayed away from school. This has now changed thanks to the new pedestrian bridge. The bridge was inaugurated in a ceremony attended by the council of elders of Odumkrom village, representatives of the regional government and people involved in the construction. The steel bridge has a total length of around 60 meters and a width of 1.60 meters. This will enable the region’s inhabitants to cross the Ochiso River, which is about 40 meters wide, safely. Due to the Corona pandemic, completion was also delayed here.

«The construction of the pedestrian bridge will benefit a total of more than 2,000 people, including all the residents of Odumkrom as well as the surrounding areas. However, the children and young people in particular benefit, as they now have the opportunity to attend the surrounding schools. Women are also among the beneficiaries, as they have to cross the river every day to get to the main village,» says Landgrafe. More than 50,000 euros of the 62,000-euro construction project was provided by the Osnabrück-based company KiKxxl. «We are pleased that we were able to implement this sustainable project thanks to the support of the KiKxxl company,» said Landgrafe. KiKxxl CEO Andreas Kremer has a long-standing friendship with Bettina Landgrafe. Since 2011, the Osnabrück-based telecommunications service provider has so far donated around 180,000 euros to the association for social projects. «For us, it was a matter of concern that the help should reach where it is needed, especially the weakest in society, namely children,» says Kremer, describing the commitment of his company and its employees.

You can find out more about the association and its projects on www.madamfo-ghana.de. 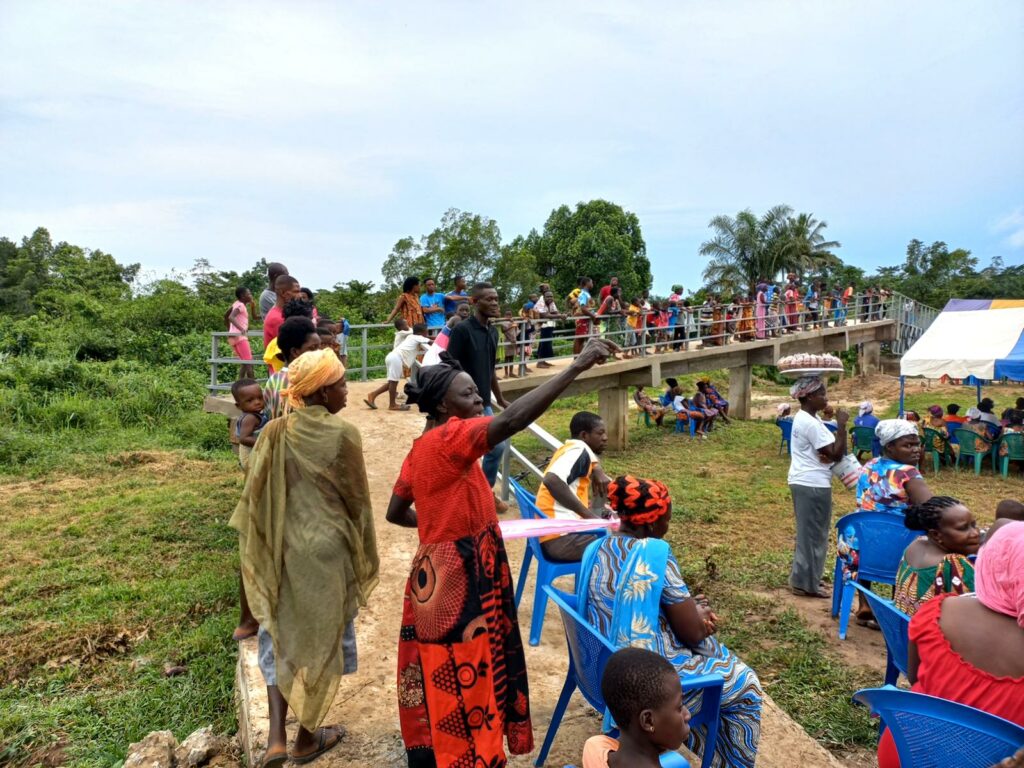